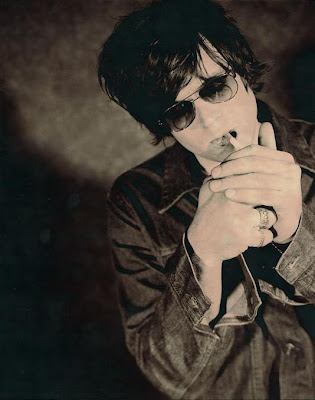 Early last week I posted the Whiskeytown Freightwhaler Sessions, which are still available here. I’m trying to get in the habit of cleaning out some of my favorite artist’s great unreleased work that are sitting around idly, collecting that digital dust. So in a continuation of that last post, here’s a few more of my favorite unreleased Ryan Adams/Whiskeytown songs, this time focusing on some live recordings.

These two songs were recorded on New York radio for Vin Scelsa’s long running free form program. The sound quality is good, the songs are better, and there is some candid, pleasant banter between singer and host, especially when Scelsa hears the name of the second tune. I don’t believe either of these songs ever saw official release, although there is a bootleg version floating around of “Just Like A Whore” that Adams recorded with The Pinkhearts.

These six sings are from a solo performance in Nashville, not long before the recording of Heartbreaker. I used to have the whole show, and wish I still did, but those crummy blank cds go bad after a while, and I lost the files from my computer back in the days before I learned how to store everything neatly on my external. But luckily I still have a few of the really strong, never-to-be-released songs for you to check out. I have always really liked Heartbreaker, think it is far and away his best record, yet there are a few tunes on there that I skip every time (in fact, I don’t think I have EVER listened to “AMY” without skipping it, not even the first time). If I were to officially re-imagine the album, as I may do sometime, a few of these songs would certainly make the cut. Themetically speaking, “Funny How I’m Losing You” and “Memories” perfectly fit the Heartbreaker mood and mold, and easily surpass the album’s weaker material. I guess I have to agree with The Stypod’s not necessarily groundbreaking proposal that Adams is rarely the best judge of his own best material.

One unreleased Adams album that I have never heard is Destroyer, the album recorded and scrapped right before he did Heartbreaker. I think a few of the above songs may have been intended for release on that, had it ever seen the light of day. By the way, if anyone has a copy of Destroyer they’d be willing to send me I would be eternally grateful.
Posted by James at Monday, May 07, 2007

Hey - thanks for the heads up...don't know what happened. Should be fixed now...

By "Destroyer," do you mean "Demolition," or is there another album I'm not aware of?

Destroyer is in fact a "lost" album - recorded in the weeks prior to Heartbreaker's recording, but never officially released. Go to Answering Bell and search around, you'll find some info. It's worth tracking down, if you're a fan of the Heartbreaker style....