Besides Dinosaur Jr.’s triumphant return with Beyond last week saw 2 other notable album releases, one that I was looking forward to for a few months, and one that snuck up on me. 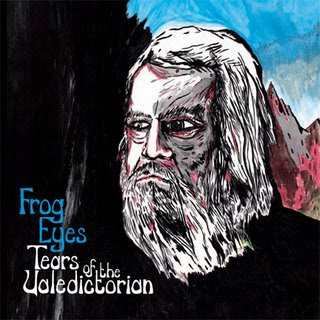 Frog Eyes returned with the long awaited Tears Of The Valedictorian. Songs like “Bushels” and “Idle Songs” leaked way back in early February and built a strong level of anticipation to hear the rest. The album sways around between concise little schizophrenic anti-pop songs and longer, shape-shifting epics, such as the previously mentioned “Bushels”. There is more than a fair share of the crazed, mad-scientist experimentation fans of the band have grown to expect, and of course plenty of Carey Mercer’s sweeping, knife-like vocals. So far, the reviews have been positive, with the album getting a “recommended” from Pitchfork, and even better scores from Prefix and AMG.
MP3 :: Bushels
MP3 :: ...Eagle Energy
(from Tears of the Valedictorian)
Pick up Tears of the Valedictorian at Amazon
------------------------ 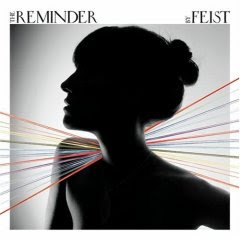 I have to admit that I am very late to the Feist phenomenom. Her debut, Let It Die, was critically lauded a few years ago, but I chose to ignore the good press and stay in my lonely little Feist-less bubble. Not so this time, as all the hype persuaded me to do some exploring. And man, am I glad I did. Her sophomore album, The Reminder, also did well this week on Pitchfork, and over at The Onion and Drowned In Sound too, among others, and from the songs I’ve heard so far is very well deserved. I think I misunderstood her music without ever having heard a note, possibly because I’ve seen remixes floating around the blogs on more than one occasion, and usually I‘m not a remix kinda guy. Anyway, I couldn’t have been more wrong in my prejudices, as these songs are warm with real emotion and finely played instrumentation. Check out these 2:
MP3 :: Past In Present
MP3 :: I Feel It All
(from The Reminder)
Buy The Reminder (dirt cheap) at Amazon
--------------------------
Posted by James at Sunday, May 06, 2007