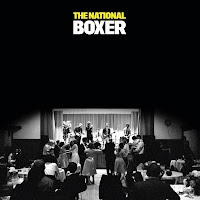 Today sees the release of several records that are on the Pop Headwound shopping list. First and foremost, rush out and pick up the new album from The National. Boxer is the follow up to 2005’s critically acclaimed Alligator, and continues the knockout punches from this winning Brooklyn band.
****************
What we said previously: “If Alligator was the sound of a bunch of late 20-something, Midwest-to-Brooklyn transplants enjoying the freedom away from their proper jobs and having the time of their lives in the big city, then its follow-up, the brilliant Boxer, is the sound of the band coming back down to Earth. Lead singer/lyricist Matt Berninger, with his rich baritone, still sounds like a buzzed aristocrat weaving sordid tales, only now those tales have become more seasoned, as his unmistakable vocals and sardonic lyrics continue to give The National much of their identity.” Full Post.
MP3 :: Start A War
MP3 :: Apartment Story
(from Boxer)
Buy from Amazon
---------------------------- 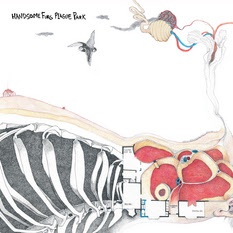 Handsome Furs, the side project of Wolf Parade member Dan Boeckner, is another favorite getting lots of play around here. Featuring just himself and his fiancée Alexi Perry, some loud electric guitars, and a new drum machine, Boeckner has crafted a fierce debut for his other song outlet.
*****************
What we previously said: (the songs are) decorated with more electronics, but that should not suggest a calmer mood - if anything the heightened artificial surroundings add to Boeckner’s intense conveyance of his gruff (urban) paranoia. The songs are everything you‘d expect from the man responsible for half of one of 2006‘s best records, and suggest that Plague Park is certainly an album to look forward to." Well it is, and then some. Plague Park is loitering around my Top 5 for the year so far, and the song “Handsome Furs Hate The City” may just be the best song ever. Original Post.
MP3 :: What We Had
MP3 :: Dumb Animals
(from Plague Park)
Buy from Amazon
------------------------------ 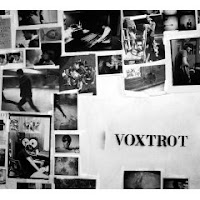 Voxtrot is also releasing their self-titled debut full length today, this after a successful string of EPs released over the past year and a half.
****************
What we said previously (about first single “Kid Gloves”): "Kid Gloves" is instantly recognizable, once again displaying the band's now trademark influences (The Smiths, Belle & Sebastian, etc.), as well as a build up to a thunderously loud finale. Lead singer Ramesh Srivastava's vocals never dominate the mix, instead are perfectly matched to the high-energy jangle of the band, becoming more impassioned as the music continuously climbs to its arresting finish". Original Post.
MP3 :: Kid Gloves
(from Voxtrot)
Buy from Amazon
------------------------------ 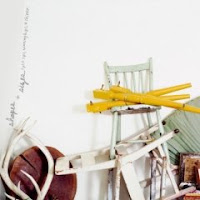 And finally, the new Shapes And Sizes also hits stores today. I’ve only heard a few tracks off Split Lips, Winning Hips, A Shiner so far, but those few have blown me away enough that I intend to pick it up ASAP.
************
What we said (about “Alone/Alive”): “it starts the album off with some un-mic’d acoustic strumming and 1980’s computer-geek sound manipulations, before the hyperactive electric guitar and drums burst down the door. Caila Thompson-Hannant sings her cryptic words with as disarming a voice as I‘ve heard in a while, slipping from high-pitched wails like someone’s pinching the backs of her arms to something much richer and sadder. The band seamlessly shifts through a slew of different sections, slowing and quieting before growing into cacophonous orchestras, the song ending with an absolute onslaught of screams, pummeled drums, and breaking strings. A discordant mess, beautiful and scary.” Original Post.
MP3 :: Alone/Alive
MP3 :: Head Movin’
(from Split Lips, Winning Hips, A Shiner)
Buy from Amazon
------------------------------
Posted by James at Monday, May 21, 2007

This week is definitely the best release week of the year and Plague Park is currently the best thing I have heard all year. I also look forward to new ones this week by Miracle Fortress and Parts and Labor.